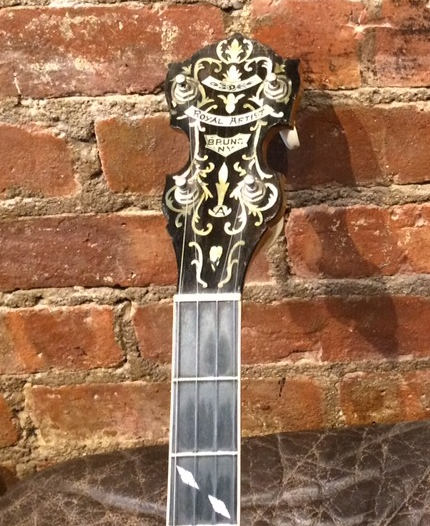 I got it when I was 18 or 19 years old and was my constant companion for decades. It was originally a tenor from the early 20th Cent, made by Lange (thanks Jim Bollman for that info!). I bought it for the sound of the pot, and proceeded to have it converted to a 5-string. The custom neck was made by Providence Guitar & Banjo and they were able to slice off the original headstock and lay it on the new 5 string neck. The ornate inlaid headstock reads "Royal Artist, Bruno, NY". It was in a vintage black leather Pete-Seeger style long neck gigbag that was given to me by Hedy West. No serial number that I remember. It's a one-of-a-kind instrument, heavy to lift, distinctive. It has a raised tone ring, and double brackets, which set it apart from many other banjos. It has a light-colored curly maple wood neck. There is a pickup attached in the back. I believe Providence Guitar and Banjo has a stamp on the back of the neck. I don't remember the pot size, but it was a converted tenor, so whatever was standard is what it was. 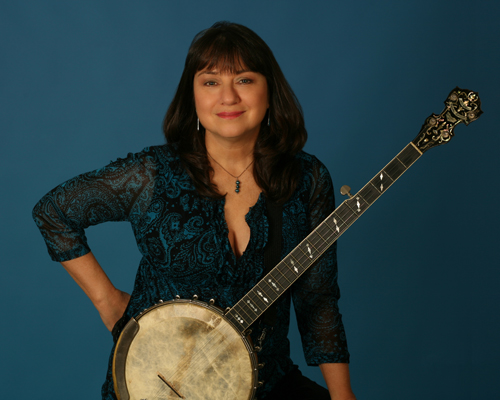 It was taken from W.89th St betweent Amsterdam & Broadway on Sunday night of Memorial Day weekend, May 24, 2105 between 9:30- 10:45 pm, as I was unloading my car from a music weekend. It was taken by two young females – one had a white hoodie with dark stripes. They might have been hispanic. We have several different angles of surveillance video footage of them

A report is on file with the NYPD. A reward is offered for its safe return.